In the year that Teddy20 became a registered charity in England and Wales, Teddy Rocks became a 4 day festival.

This was also the year that Forum Films joined us to produce our "Rockumentary".

Over 25 bands, some incredible tribute acts, and Ben Taylor dressed as Miley Cyrus! 2014 was a huge success! 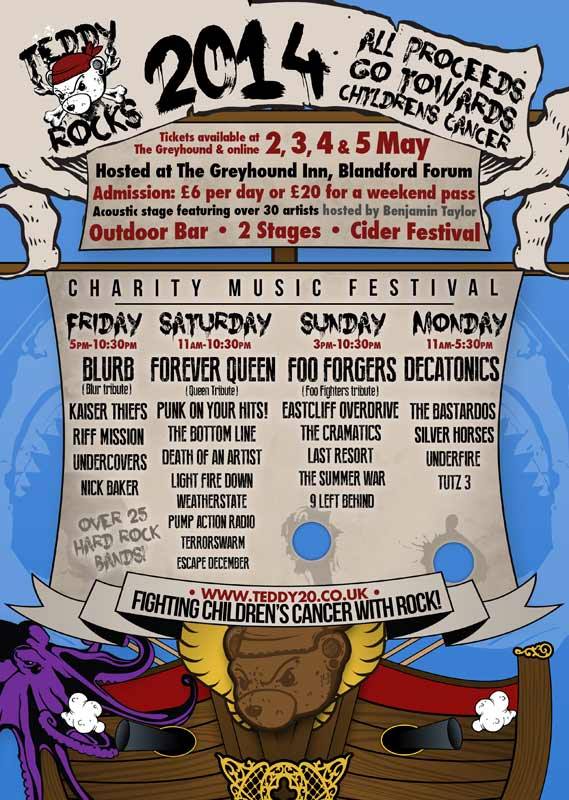 Registered Charity in England and Wales 1174553